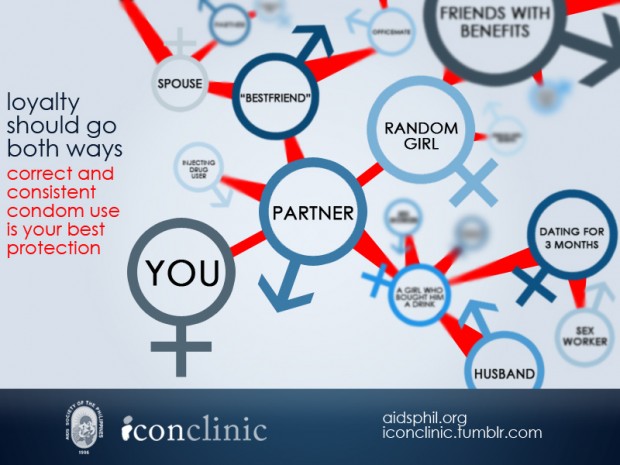 The need for a stronger concept of health-seeking behavior is now. Not even the rise of sexually transmissible infections nor the continued delay in the youth’s proper sexual health education should prevent anyone from seeking medical attention . The actual necessity falls under the fact that transactions for sex (either casual or in exchange for something else) are easily made via online social networks (NDHS 2008, NSO).

Dr. Isabel Melgar, clinical psychologist and consultant of the AIDS Society of the Philippines (ASP) who has been involved with HIV and AIDS work in the Philippines, stressed the need to prioritize action in this field, emphasized the importance of accessing online social networks for pushing the advocacy of the importance of sexual health-seeking behaviors. “The process of socialization is accelerated on the internet. When it becomes sexual, with goals that will eventually lead to sex, you intervene in that world wherein they operate,”

With this reality, the ASP responds with campaign posters, designed to target the public who frequent online media. “I am Campaigning Health As My Priority or “I am C.H.A.M.P.” was created to facilitate this movement. The concept is to tackle social issues such as same-sex practice, gender roles, sexual health, sexuality, and reproductive health and utilize social networks as avenues for putting up the posters. All of these are steered towards the promotion of invoking the public to take on the responsibility of securing the future of their sexual health.